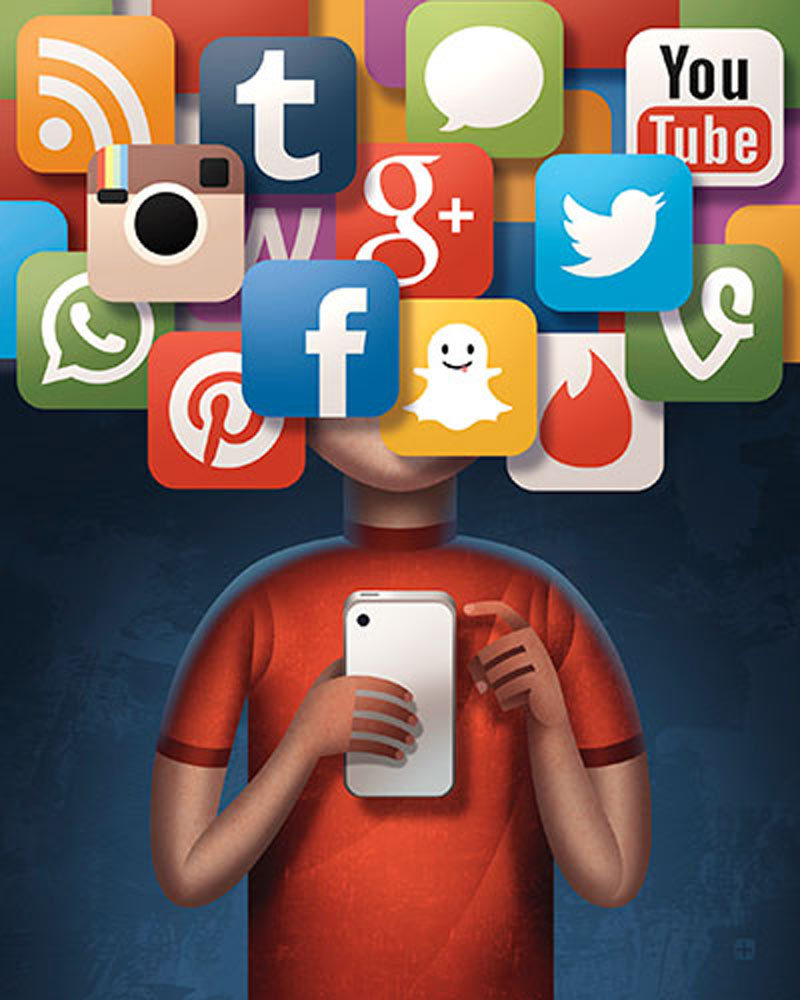 Social media is a huge facet of today’s youth culture. From expressing their love of photography via Instagram to producing and promoting their latest singles on YouTube; teenagers usage of social media has far surpassed any generation. In fact, studies reveal that teens spend 300% more time in front of the screen compared to teens in 1995 (Malcore, 2016). This is about 7.5 hours per day equating to an alarming 113.75 days per year. Moreover, a recent study conducted by Pew Research Center found that 92% of teens report going online daily. With such stark increases in media-use and screen time it is no wonder why mental health professionals are concerned about the effects of prolonged screen time on adolescents.

The rise of social media has lead to an acute increase of cyberbullying cases. Researchers have found that without the ability to see the reaction of the person receiving the messages, adolescents are able to separate their actions from the consequences, and in turn, feel more comfortable making statements they normally would not (Rodriguez, 2015). Approximately 43% of students report experiencing cyberbullying during their lifetime (Patchin, 2015). In fact, according to a study conducted by DoSomething.org, 58% of kids expressed that someone has said mean or hurtful things to them online. The 2013-2014 School Crime Supplement (National Center for Education Statistics and Bureau of Justice Statistics) indicates that 7% of students in grades 6–12 experienced cyberbullying. Moreover, the 2015 Youth Risk Behavior Surveillance Survey found that 16% of high school students reported that they were cyberbullied in the 12 months prior to the survey. With researchers reaffirming the link between cyberbullying, anxiety, depression, suicidal ideation and youth suicide attempts among victims and aggressors, the need for more moderation among its younger users is evident (Anderson, Bresnahan,& Musatics, 2014).
With all of this statistical proof one may think it would be hard to argue that there is any positive benefit to adolescent mental wellbeing through the use of social media. However, similar to the foods we eat, moderation is the key to a healthy lifestyle including the use of social media. When utilized appropriately, many of these apps and websites provide opportunities to connect people with common interests. Ultimately, several of these websites and apps create platforms and support for teens where they are able to find a sense of belonging and a place to express themselves while others include more substantive content.
So, as an adult wanting youth to be engaged, the key is about educating our youth. Emphasize that although social media provides connection and entertainment, nothing is more valuable than being present. Remind youth that the sense of connectedness they yearn for is not just a click away, but an arm’s reach as well.
Social Media provides opportunity for many more interactions than a teen would normally encounter on a daily basis. This gives twice as many opportunities for positive as well as negative effects on their emotional wellbeing. Thus, it is important to draw a healthy line between positive and negative use of social media. In an effort to aid parents, guardians, and caring adults the Office of Adolescent Health created the following list of resources and tools to support teens’ healthy use of social media:

In closing, our experience has shown that with education, positive guidance and support social media can be a very useful tool for teens to connect, express themselves, and grow as healthy individuals.
References

Funded by the federal Maternal and ld Health Block Grant administered through the New Jersey Department of Health, Child and Adolescent Health Program.