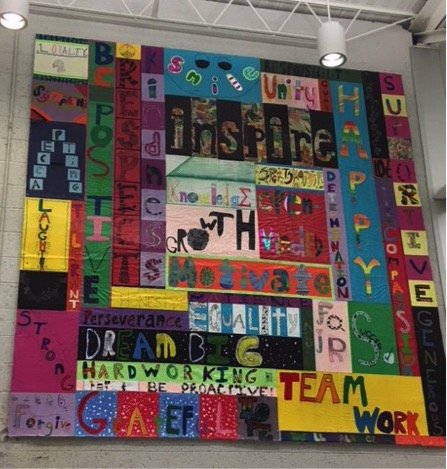 Led by counselor Betty Velez-Gimbel, the WSCC project has not only been successful; it’s slowly starting to become an identifiable facet of the school. “I attribute the success this past year to the unique structure of our team,” said Velez-Gimbel during a grantees summit at EmPoWER Somerset headquarters back in May. Our Health and Wellness team was strategically designed to include a wide range of school personnel, ensuring that the whole child approach to health and wellness would become part of the school’s culture. Principal Paul Gluck, teachers of all areas of curriculum, and community members comprise the 26-member project team. But even those not officially on the team have contributed. As Velez-Gimbel points out, “Our entire staff is vested and many have volunteered their time to make this a success.”
In its pilot year, the team worked to foster an environment that acknowledged and supported the benefits of physical and emotional health. The school established a nutritional corner; purchased and displayed nutritional information and motivational quotes throughout the school; advanced its Fitness Club; celebrated National Dine-In Week; and engaged staff and students in the process, such as through the creation of a massive Positive Energy Mural.

Funded by the federal Maternal and ld Health Block Grant administered through the New Jersey Department of Health, Child and Adolescent Health Program.